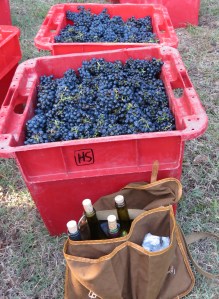 This year was a turning point in the history of the Morlanche vineyard. Markus, together with Amaury and Brice, the two family members who are carrying forward the project, have been aiming to reduce their use of chemicals and to cultivate the grapes in a more traditional fashion.  Then the thought occurred to them that it was rather discouraging to see the harvest go off to the co operative in the Rhone Valley to be lumped in with a mixed bag of grapes from various producers resulting in a respectable, but anonymous wine. 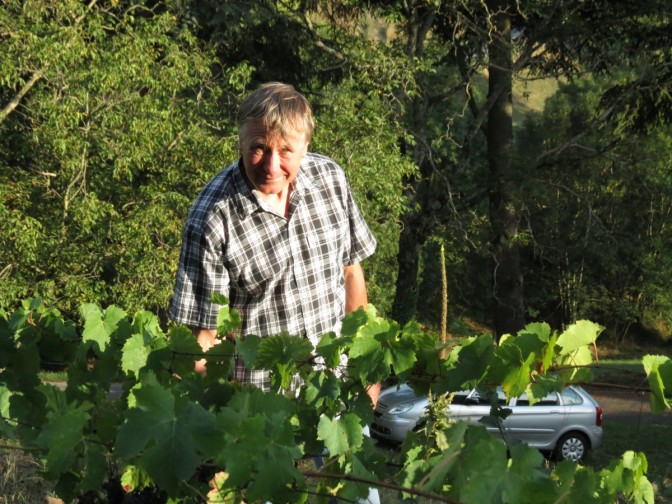 <
Until the 1950’s Arlebosc was known for its wine.  Altitude permitting, most of the farms in the Ardèche had small vineyards to satisfy their own consumption, but Arlebosc and neighbouring Empurany produced enough wine to export it to the villages of the Haut Vivarais and even other Départements. On the plateau de l’Ardèche, a windswept area towards the Massif Central one drank  “le vin d’Arlebosc”, and many preferred this Gamay to the famous Syrah of the Rhone valley.  In the 60s and 70s new agricultural policies and subsidies together with the decline of local cafés encouraged farmers to replace the vineyards with more lucrative apricot, peach and cherry orchards.  The Arlebosc vineyards started to disappear progressively. 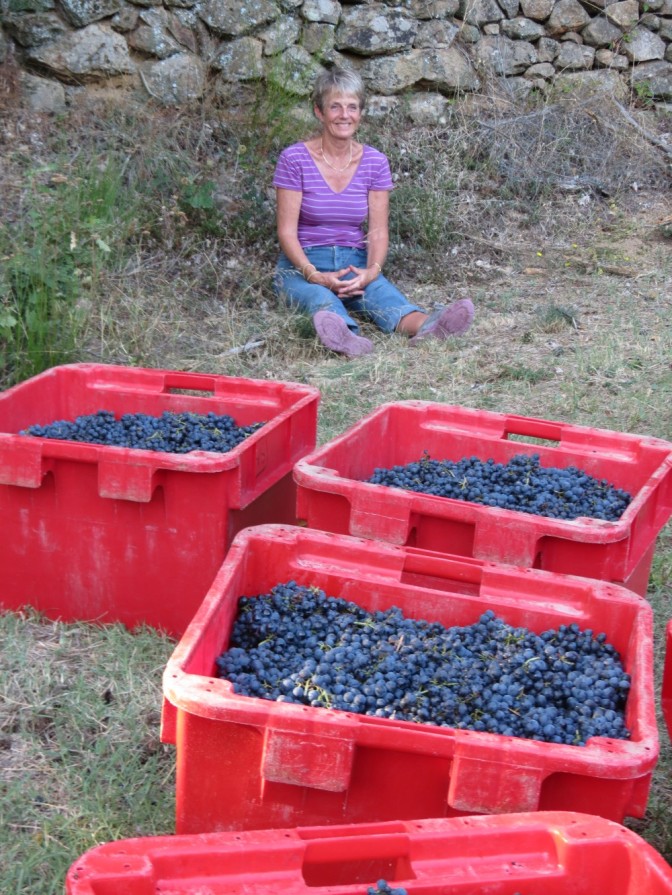 This could have been the end of the story, if it hadn’t been for Hervé, who in the 90s started a new adventure in Arlebosc.  Taking advantage of  the wonderful medieval cellars at his parents-in-law’s manor house Les Romaneaux, he began to produce his own wine – and not just any wine, as you can see from his website http://romaneaux.destezet.free.fr/presentation-e.htm .

So an approach was made and Hervé came to inspect the work of the Morlanche team. He made gratifying remarks about their hand weeding and the condition of the grapes and gave us lots of information and insights, (the most interesting being that the locals used to refer to their white grapes, grafted with a cutting, as Morlanche, which we discovered is one of the many names used for Chasselas grapes). 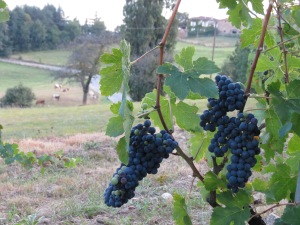 Hervé’s commitment to making natural wine avoiding the use of additives made a joint venture obvious. So for the first time the vendange went just to the other side of the village to be pressed into a truly local cuvée.

Look out for La Souteronne by Hervé Souhaut and think of us. Cheers!