Bossing nature about is the key to all the wonderful vegetables and fruit that we find in the garden, on trees and bushes and finally in the markets and supermarkets.  But sometimes plants don’t like to be pushed around and want to feel weak and feeble and ill and to give up the ghost.  You can be nice to them, learn their first name, weed all around them, give them some medication – but when they want to feel sick, they want to feel sick and they often do it fast when your back is turned.

That was certainly the case with the Morlanche vineyard this year.  The team had pruned the vines carefully, weeded around their feet, tied them to the wires, kept the unwanted shoots under control 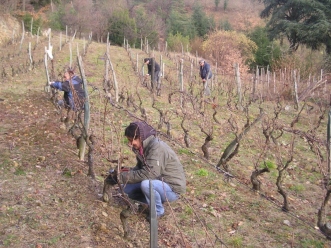 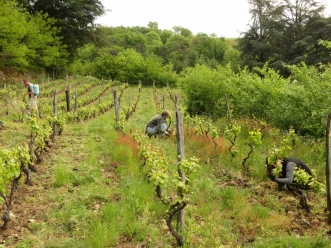 from one day to the next, BLACK ROT arrived on its black horse with its evil spells and turned the vineyard into a leper colony. 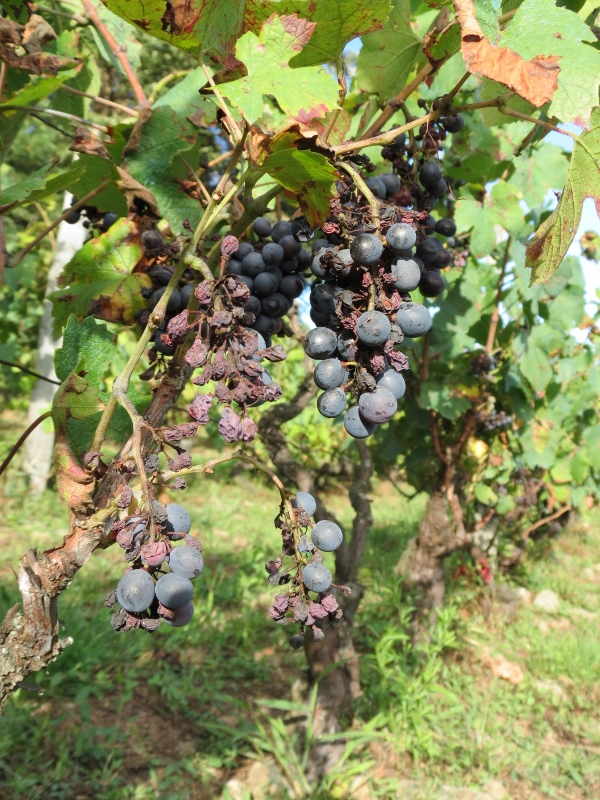 Quick medication in the form of sulphur did save some of the grapes, but we already knew in July that this year’s harvest would be done in half a day – which will admittedly give us much more time to eat and drink than in other years (quite a challenge!) 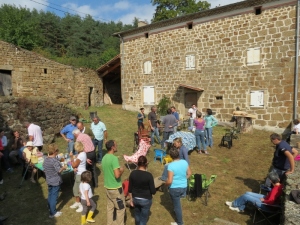 The only consolation is the fact that 2013 has been a very strange year for French wines.  With the awful weather in May, the growing cycle of the vines was delayed by two to three weeks.  Even when the sunny summer finally arrived the grapes never managed to catch up and in all vineyards across the country the harvests are one to three weeks late, an event which, according to Ministry of Agriculture statisticts has not happened since 1988.

This year the grape picking and general festivities at Morlanche will be on October 12.  Never, since 1990 when we first started to be part of the Morlanche vendanges, have we harvested in October.  What the same statistics predict is a harvest below average in terms of quantity.  Better to make a mistake in a bad year than in a good one!

Now for the good news. In June, the beatiful Hermitage hill,  where we usually take our Walksweeks visitors for a walk followed by a winetasting, was listed as a French Heritage site.

Here is a good place to observe how humans have succeeded for generations in bullying nature with the help of a horse or two, manpower and a bit of bouillie bordelaise and sulphur.

We are not quite there yet at Morlanche – need to find a horse first!