It’s that time of year when many of us are sitting under sun umbrellas doing crosswords and word games so here’s a little quiz.

But first the context.  We have always been amused by the fact that a particular type of large saucisson from Lyon is blandly – and officially  – called un jésus.

It reminds me that in my family a boiled suet pudding was irreverently known as Boiled Baby or, if accompanied by golden syrup, Putty and Varnish.

So we put together an imaginary menu for a “holy dinner”.

After a few slices of the aforementioned jésus with a glass of Dom Pérignon, the meal would start with Coquilles St Jacques.  The main course would be Filets de St Pierre, Sauce Cardinale.  To follow, a selection of cheeses, including St Nectaire, Pont l’Evèque and of course our local St Félicien, and for dessert, a choice between a Religieuse, Sacristan or Jésuite. 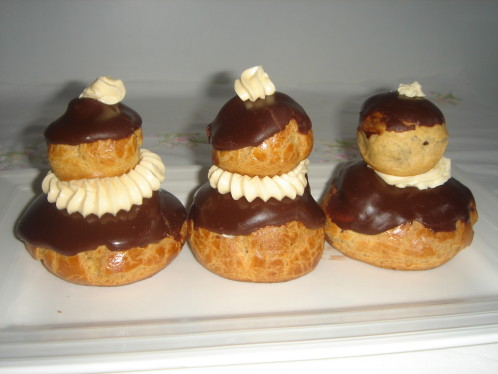 To drink, a light St Amour Beaujolais could go well with the fish and a Châteauneuf du Pape with the cheese, then maybe a nip of Chartreuse or Bénédictine with coffee.

Now here’s another menu made up of of everyday French dishes and specialities.  Your task is to identify them.  Hint: they all have misleading or obscure names but one really is what it says on the tin!

4 thoughts on “Not what they seem”