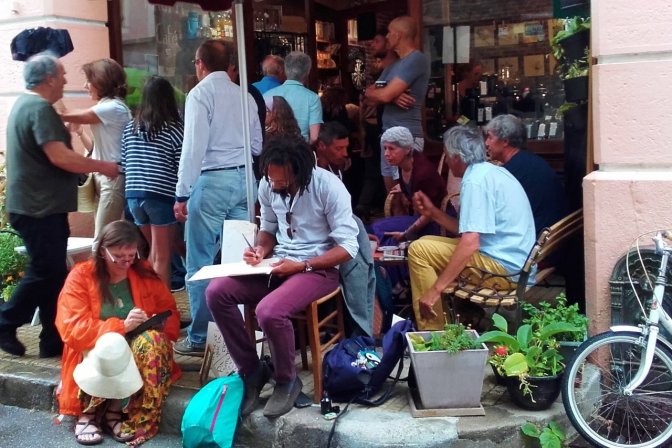 If you have followed this blog over the years you will probably have realised that  apart from hiking in our lovely hills a considerable amount of our energy has been put into encouraging the musical events in the area, mainly as spectators, but also as performers and organizers.

Now we rarely talk about the presence and activities of the artists, painters and potters  who have settled in the area.  This does not mean they don’t exist.  Like all of us, they have been attracted by the beauty and diversity of the Ardèche landscape and by the affordability of food and lodging.  Like all artists they come and go, but we have some real pillars in the community.

To celebrate this, the ever inventive Laurent – now joined at Kaopa by his very creative partner Sandy – recently  organized an event which he called “Art à la Criée” in the little alley in front of his café in Lamastre. 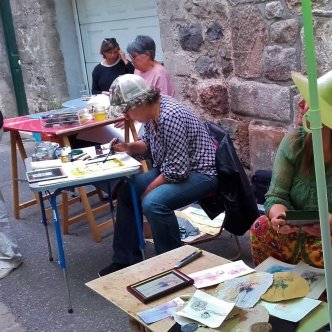 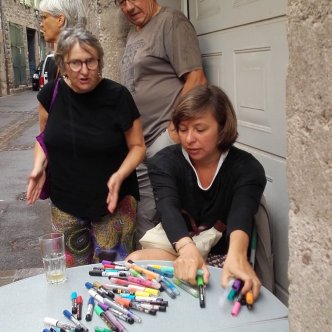 La Criée is normally associated with fish markets  (especially the one in Marseille) where the catch that has just come in on the fishing boats is sold off in a boisterous and noisy auction, in which shouting has an intrinsic role.

Lamastre is landlocked – so no fish from the Mediterranean, but art work freshly produced by local artists! 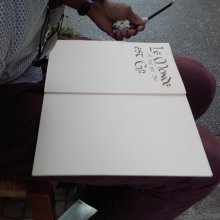 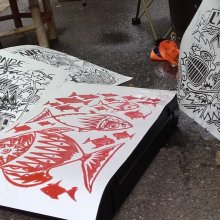 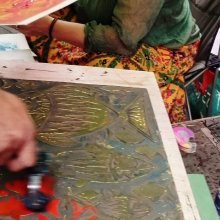 Fifteen artists, using diverse media, set themselves up and worked away steadily all morning, despite the rain and the crowds of people chattering and peering over their shoulders. 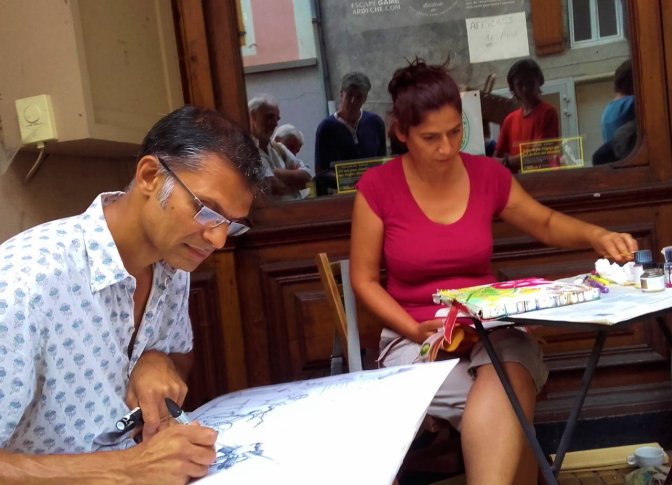 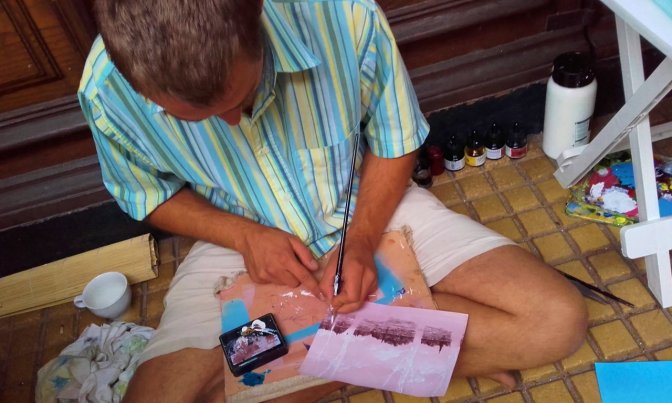 It was impressive to see how calmly absorbed they were and to observe different techniques and ways of working. 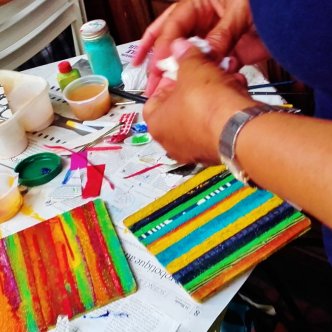 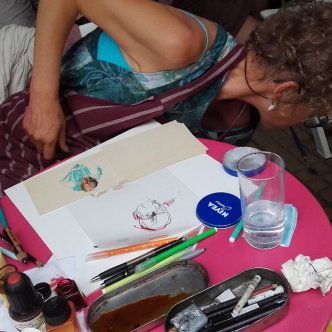 Periodically Laurent and the auctioneer , a professional tourneur , would select a piece to be sold. 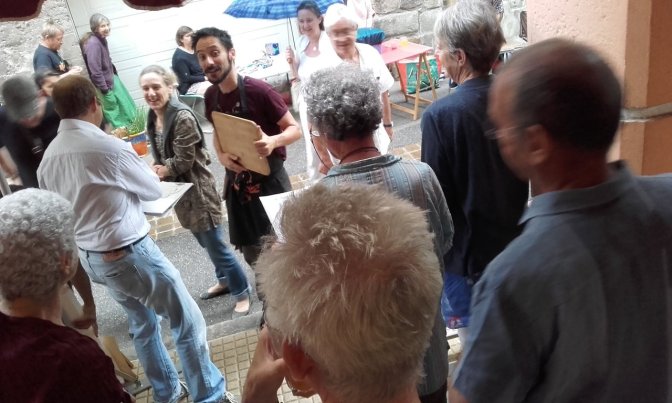 Bidding started at 5 euros and the final amounts were mostly very modest, but the notion of acquiring a work of art which had scarcely had time to exist before being sold made for a lively auction and an exhilarating atmosphere. 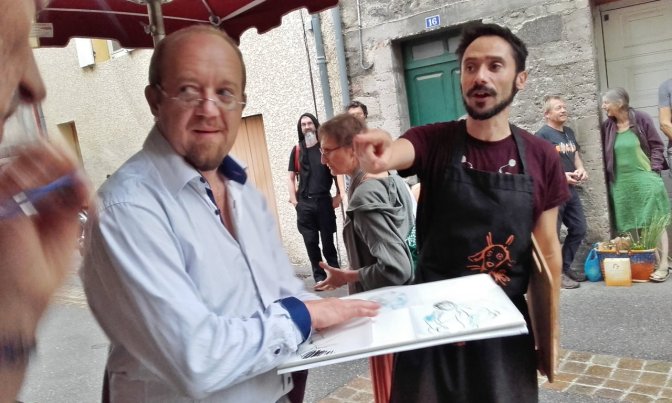 The morning concluded with a Match d’Improvisation  between two teams of artists – the idea being that the teams had to create a painting on a single given theme, with handicaps introduced from time to time, such as closing one eye, painting with the left hand or using an imposed colour.

Unfortunately our day was busy and we couldn’t stay …. so we don’t know who won. 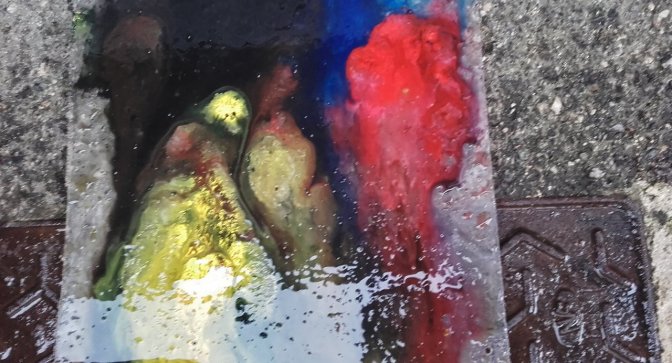